A server room is of course, a room that holds servers; when they get really big, and hold multiple servers they become data centres. They’re hugely important; they house data, and support some of the biggest websites we use on an every day basis; Google, Wikipedia, Youtube, Facebook… The list goes on, and none of these sites would have such capabilities without data centres.

A data centre when on a huge scale requires many essential things; it needs to be based in a cool climate, so it doesn’t overheat, and it needs to be constantly maintained. Often data centres are placed in countries with cold climates, but some have sophisticated cooling systems so that they can be placed more locally. Here is a look inside just a few of the most monumental computer server rooms…

This may look like something straight out of a sci-fi film, but it is actually the lobby of the Tokyo data centre (We think it looks eerily like something from the Resident Evil films…). The building has more than 1.4 million square feet of space, making it one of the world’s largest data centres by far. It was built in 2000, in partnership with the Tokyo Electric Power Company Inc. and it remains quite mysterious.

Google is such a huge internet giant that it has many data centres across the world, but here’s a look inside a few of them, just to give you an idea of the enormous size of each of these warehouses of data. The image above shows some vacant halls in Finland, which are waiting to be filled with servers; most Google data centres seem to be coherently branded with the Google colours; Google are certainly proud of their own branding.

However, not all Google server rooms are bright and airy like the one in Finland – the room above is based in Berkeley County, and it houses hundreds of thousands of data backup tapes, all of which glow radioactive green, making the room appear like a futuristic space station. We’re not sure how the IT engineers cope with the stress of knowing that one small mistake could be catastrophic in here…

Surprisingly, although the data centre is on a huge scale, a team of only 30-45 staff manage it, and it is cooled with 7.5 miles of chilled water piping. Regardless of the plethora of energy saving techniques used at this site, just the first phase of the data centre uses up to 30 megawatts of power.

Do you think you could work in a data centre? Would the gentle hum of hundreds of headless computers be a dream, or would you be too nervous to take on the responsibility of that much data? 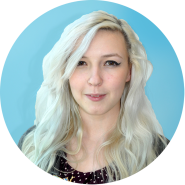 Back To The Future Hoverboard Is Now A Reality

Coco, the most advanced robot the world has ever seen