A New World of Driving?

Road traffic accidents are one of the world’s biggest killers, and the deaths and injuries are often the result of human error, which means they’re avoidable.

Unfortunately, human beings make errors. We lose concentration, we fail to spot something, we speed. We kill people.

The next frontier in car technology focuses on reducing human error by handing over more responsibility to machine. Some sceptics question the morality of allowing computers to make judgements about life and death, but this isn’t really the aim of autonomous driving, and we probably won’t encounter an i Robot situation. At least not right away.

The technology involves sensors and computers which monitor the surroundings and, using algorithms, respond intelligently to the environment.

The key pieces of technology are:

Various radars carry out a range of sensory functions within cars, from long range scanning to short range. Multi-mode radars are also being developed which switch quickly between modes – for example from mapping to terrain following to air-to-air.

These ingenious cameras create a 3D view of the road and area around the car. Algorithms can then analyse what’s happening in the surrounding environment and make almost instantaneous reactions.

So far from being some sort of Nightrider style car with the ability to take over your life and decide to kill you if it wishes, self-driving cars will be more like a plane’s auto-pilot. They will monitor the surroundings to detect impending hazards or collisions and slow the car down faster than a person would. Over time, the technology may well evolve so that the car knows the speed limit and prevents speeding, and in years to come we might see completely self-driving cars on the road which require no driver interaction (like Google’s amazing vehicles), but it will be a gradual process giving us the chance to adjust to the new world of technical driving, and giving insurers and lawmakers ample opportunity to argue over responsibility and liability.

The infographic shows some of the manufacturers working on autonomous technology:

The Race for the First Driverless Car – created by the team at Car Loan 4U, who can help you with car finance deals.

DocSity: A New Approach to Learning 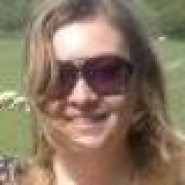 Kat is a blogger on subjects such as cars and technology. She also loves to write about money saving and environmental topics. She works for carloan4u.

New Roads In The UK To Charge Electric Vehicles While Driving