From streaming a movie, to remotely checking into the office, or a home security system, those who have access to reliable internet have fully integrated it into their lives over the last decade. The internet has bridged the communicative gap and made true globalization possible, but only for half of the world.

According to OneWeb, over half the world’s population still does not have access to a reliable internet service.

However, according to OneWeb Chairman, Greg Wyler, OneWeb is striving, “To fully bridge the Digital Divide by 2027, making Internet access available and affordable for everyone.”

In order to reach that goal, OneWeb is joining forces with HughesNet; a satellite internet network that is making strides in the field of speed, connectivity, and affordability.

While most tech companies will agree that bridging the digital divide is a robust plan in and of itself, putting a timeclock on that goal is an even riskier move.

Although considering that their strides in the satellite broadband industry have already garnered the attention of other internet provider elites, it is a risk that seems minimal, compared to the solidarity of the reward if they succeed.

Since their conception in 2012, OneWeb has already sent 882 of 900 satellites into orbit, with the idea to bring internet services to the entire world as early as 2019.

The way that OneWeb intends to accomplish this globalizing goal is to utilize the satellites that they are launching into orbit to create a network. The network will be corralled closer to the earth than similar satellites, in addition to the quantity, which will interconnect, providing a strong and reliable signal that encompasses the entire planet.

Once the satellites are in place, their signal will be drawn to earth and dispersed of via low-cost user terminals. Utilizing the terminals, LTE 3G, and Wi-Fi will be provided to the surrounding areas, giving high-speed internet to the world, simultaneously.

In addition to giving access of information to those who need it most, the benefit of having access to the global internet is essential for the half of the world who currently has stable internet in a time of crisis.

Plus, since the network is drawing from a global sphere of connectivity, there is no question as to how long that service will last. It will always be available, so long as the rest of the world is able to access the connection.

After brokering a partnership that totals $300 million dollars, HughesNet is tasked with being the ground control for OneWeb. The innovative network that the innovative satellite internet company is currently cultivating, specifically for OneWeb will oversee connecting the terminals on the ground. While OneWeb works on the orbital globalization, HughesNet will help ground the access, so that the connection is always fast, streaming, and strong.

Currently, HughesNet’s Gen5 update services 100,000 customers with 25mbps speeds, with plans to advance, as their partner does, to offer 100mbps speeds by 2021.

The partnership with OneWeb will help to advance HughesNet’s plans, which will ultimately facilitate the goals of both companies.

OneWeb has dedicated itself to connecting the globe and having a universal stream of uninterrupted information and HughesNet is an essential partner in helping them in their journey.

What is the future for cryptocurrencies?

Is Dash The Digital Currency To Overtake Bitcoin? 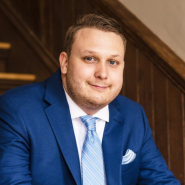 Patrick loves tracking and sharing the latest news in the TV, Internet, and home service industries. Making potential buyers aware and informed is his goal!

New SmartPhones Of 2013 To Look Out For