According to New York architect Victor Vitterlein, “The only path forward is to harness solar, wind and water for power and to use the power of computers to design, build and maintain homes.” The good news is that the technology that will make the homes of the future possible is already available today.

Reboot is an eco-friendly futuristic dwelling designed by Vitterlein that utilizes wind turbines to power batteries that serve as the power supply. It’s elliptical glass elevator provides a view of its smooth outer curves and the changeable floor plan. The structure includes a built-in water treatment plant to purify the rainwater collected in special drains above the windows.

The Heliotrope in Freiburg Germany is the first home that generates more power than it uses. A multi-directional solar array follows the sun’s movements. Among the high-tech luxuries powered by solar energy in this home is a floor warmth system. Solar arrays aren’t the only energy-saving devices on the rooftop. A rainwater collection and filtration system ensures that water is used as efficiently as possible.

Architect Chad Mitchell participated in a project called Weave Housing, which utilizes design to create pockets of shade that reduces cooling costs. The shade pockets also serve as balconies for residents. The project was undertaken in response to the need for high-quality, affordable, energy efficient, multi-family housing.

Perhaps the most futuristic home design is the Wolke 7, designed by Timon Sager, which is a sky home. The home itself dangles from two cables attached to two zeppelins that escort it on its air travels. Sager believes that “…current concepts of home stand for the opposite of freedom” and are “built on a foundation in a single location and they are all about being static and safe rather than free and adventurous.”

While these opulent mansions contain some amazing features, technology in architecture is also being extended to even tiny apartments. Designers at Consexto, a Portuguese architectural firm, created movable walls which allow residents of small apartments to alter the size of the rooms according to the activities they are participating in and the number of people present.

The majority of today’s smart home technology depends on a reliable high-speed internet connection. Older tech like ADSL is stepping aside, and new, better ways to connect are here, like Google Fiber and NBN (former is still in its infancy, while the latter is available in all major urban areas of Australia). In an age of hacking and identity theft, some of the smartest home technologies are advanced security systems that protect users’ passwords and other vital information. Bitdefender, an antivirus manufacturer, plans to unveil their new Bitdefender Box at the end of this year. This new device serves as both a home network security appliance and a secure Wi-Fi router. In addition to protecting your computer system from malware, it will also be able to analyze network traffic and identify intrusions.

Voice-activated smart home technologies like Amazon Echo that can control lights, play music, and even answer questions have proven to be extremely popular. That popularity makes it highly likely that the Kuri Robot, set to hit the market in time for Christmas of 2017, will prove to be equally popular. The robot is equipped with capacitive touch sensors, an HD camera with livestream capabilities, gestural mechanics, four sensitive microphones, and two 2 speakers. An electric motor is recharged with a charging pad. It’s powerful processors and mapping sensors are capable of both facial and speech recognition. Kuri can be programmed to recognize and alert you when something is out of the ordinary within your home environment—as well as find your misplaced car keys. It can even read you an audiobook bedtime story. At a cost of just $699, a family robot may soon become the norm.
Although voice-activated devices are currently enjoying unprecedented popularity, gesture-controlled devices may be the wave of the future. Fibaro and Bixi are two companies investing in research and development of similar devices controlled by gestures, which they believe will be even more intuitive and easier for consumers to use. In the future, smart home technology will harness the power of the internet of things to an even greater degree to establish more secure connections between all the various aspects of our lives. Fortunately, these technologies are simplifying life and giving us more time to strengthen our connections with one another.

The Shazam of Faces Introducing Blippar 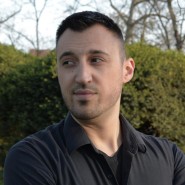 My primary focus is a fusion of technology, small business and marketing. I’m a freelancer, writer and traveler who loves to share his experience with others by contributing to online communities and helping others achieve success.

New Roads In The UK To Charge Electric Vehicles While Driving

The Shazam of Faces Introducing Blippar