The technology for completely driverless cars is not ready yet. However, these cars are in development and some pilot programs have already arranged. In the UK, a small number of cars will be transporting people in Milton Keynes. The cars will travel on restricted roads only in order to test how they will run without endangering others. This test will be the first use of driverless cars on public roads.

Driverless cars are being designed with sensors that can detect objects up to two football fields away in every direction. The information brought in by the sensors is processed through software designed to safely navigate the vehicle on the road.

The car will be able to sense things like pedestrians, cyclist, other vehicles, even animals or trash that may enter the roadway. The sensors will be able to identify the items based on their size, shape, and movement patterns.

Based on its identification, the software will then predict what the object will do next. For example, if an animal is detected on the side of the road, the vehicle may automatically slowdown in anticipation that the animal may move into the road.

In addition to processing the sensor information, it will also be constantly processing map information to know exactly where it is at all times. The car will set the speed and trajectory based on location and driving conditions.

The interior of the vehicle is designed for riding, opposed to driving, so the steering wheel and pedals have been removed. The car is smaller than most and has a rounded shape to maximize the field of view for the sensors. There are built in back-up systems for the steering, braking, and computing.

The need for public parking with be dramatically decreased with the introduction of driverless cars for two reasons. First, they will eliminate the need for personal car ownership. They have the potential to be part of a cloud-based car system that allows individuals to order a car when they need it. This means the vehicles would simply move people around continuously, opposed to transporting one individual somewhere and then sitting in a lot until that same person needs picked up.

Aside from the potential impact these cars could have on the parking industry, they are also self-parking. According to the Carzoos blog post about benefits of driverless cars, this will allow you to arrive where you want to go and simply get out of the car on the side of the road. The car will then find its own parking spot and park itself. You will be able to retrieve your cars through a smartphone app.

Driverless cars may represent the future in driver safety. Car accidents are one of the leading causes of death in developed regions. While some may be concerned over the safety of driverless cars, driver operated cars have been consistently proven to be unsafe. In Britain alone, five people day in car accidents every day.

According to one article, “driverless cars will not speed, they will not drink and drive and they won’t be racing their friends.” They do not get distracted, they do not take risks, and they do not make poor judgment choices. They are arguably safer than driver-controlled cars could ever be because they control for the most unpredictable element; the human driver.

Less cars on the road also means less traffic, and because they can travel at a single continuous speed, they can travel down a highway as if on a conveyer belt. These cars will not only benefit the environment, but they will get you where you need to be faster and more conveniently.

Costs of Owning a Driverless Car

The costs of owning one will be less than traditional cars because multiple people will be able to easier share one vehicle. An entire family could share one vehicle due to the ability to order the car remotely and have it come to you. Additionally, insurance premiums will be lower due to eliminating the risk caused by human error.

Driverless cars are the future of personal transportation. They are the answer to the problems currently being faced due to the automotive industry; traffic congestion, pollution, dependence on oil, and high costs can all be eliminated. The technology for making driverless cars a reality is almost where it needs to be. It will not be long before the laws and mainstream culture catch up with this new reality.

Coco, the most advanced robot the world has ever seen 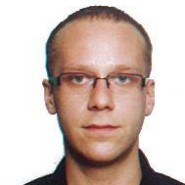 Bob Gorman is a freelance writer and a passionate blogger. He likes writing articles that cover automotive, driving and technology related topics. He has written numerous articles and contributed to several other blogs. When he is not writing, he spends his time with his four year old son and his wife Lana.

Flying Cars Could Be Coming Sooner Than You Think